ETEA entry test is getting nearer and nearer and i can feel a rising tension among the second year students. Most of the F.Sc. students consider this test as something too difficult to get good marks in. Believe me it’s not; in fact it’s easier than the F.Sc. exam, Why? because you don’t have to worry about English, urdu, pak-studies, islamiat, No essays, no Long or short answer questions, no poems, nothing of that sort, only a few simple MCQ’s, a matter of three hours and that’s it.So the first and the foremost thing you should do is to get rid of this fear of entry test.

In this article I have tried to answer few of the most frequently asked questions about the entry test, and in doing so, I have attempted to provide you with some guidelines which In sha Allah will prove useful during your preparation.

When Should You Start Studying Specifically For The Test?

Right after your F.Sc. exam (even before your practical). -If your preparation for the annual exam is good enough you can study a few of the first year chapters from entry test point of view even during second year prep.( I did Waves, physical optics, Chemical equilibrium during my prep, which proved useful for the Aga Khan test) But your first priority during your F.Sc. prep should be your FSc exam. (Don’t forget F.Sc. accounts for 40% of the aggregate)

2. The Books You Should Use:

-Your maximum focus should be on your own text books ( the KPK textbooks).

-For practicing MCQ’s ,the books i’d recommend are:

1-ETEA*
2-Pretest*
3-ICA Book
-Don’t even open MCAT, ECAT, SAT and other books, they might be essential for other tests but not for the ETEA entry test.
*these two books are based on old course so it’s ok if you find yourself unable to solve few of their MCQ’s.

3)Your Method Of Study:

-The general method is simple:
Read a chapter thoroughly from your text book (every word of it).
Solve the MCQ’s given in it’s exercise.
Solve the MCQ’s from the above mentioned books.
Some specific points:
1.Physics:
Do learn all the formulas by heart.(the only way to remember the formulas for a long term is to learn their derivations)
You must know the relation between different physical quantities. e.g. according to
K.E=1/2 mv^2
K.E. is proportional to the second power of velocity, so you must know what will be the affect of changing velocity on K.E( if you change the velocity twice,, how many times will K.E. change?)
in the end of every chapter there are some short questions given, some of them are a bit conceptual, you should at least know their answers.
2.Biology:
observe diagrams carefully, read the descriprtions given below the diagrams.
No need to learn the names of the scientist or dates of discoveries, except the few famous ones.( even if you do try to learn them, they are so many that you will forget them in the end, so no use)
3.English:
You must know, on your finger tips, the rules of changing active into passive and passive into active voices.
The same goes for direct indirect speeches.
You should be aware of the simple grammar rules.
As far as vocabulary is concerned, only learn the meanings of those words which in the previous entry tests or which you did in your coaching classes. There are unlimited no. of words and maximum 2-3 words come in the test, so there is no logic in learning hundreds of words for 2-3 MCQ’s.

In the morning, Between Fajr and Zohar prayers. ( don’t waste that time sleeping).You can relax after that.

5)What About Federal Books?

You can use them for your F.Sc. exam but there is no need to use them for the entry test. ( apart from a few chapters in Chemistry like chemical equilibrium, aldehydes and ketones etc.)

6)What About A-Level Books?

You can use them to clear your concepts (especially in physics), but no MCQ directly comes from them.

7)What About Joining A Coaching Academy?

Before i answer this question, let’s have a look at this small survey, in which 58 of my class fellows participated:
Total students=58
those who joined academy=65%, (19% considered their decision of joining the academy wrong)
Those who joined ICA=25%
Those who joined FCA=6%
Those who joined Alhamra=5%
those who didn’t join any academy=35%(1% considered this decision of not joining the academy, wrong)
I joined ICA, but left it after the first year course was done.
-If you are a studious student and had worked hard enough during your F.Sc. you don’t need to join an academy.
-If you are weak in one particular subject, only do tuition for that subject.
-If you are not a very hard working, then i think you should join an academy.

8)The Most Important Question:How Many MCQ’s Should You Attempt? 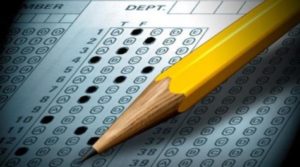 9)How To Attempt The Test:

Don’t attempt all the mcq’s in one go. Solve the simple ,direct MCQ’s( like those of bio and english) in the first go. In the second go, solve those Mcq’s which require a bit of reasoning. Leave the most difficult mcq’s for the last go. If you get stuck in an mcq, leave it and come to it in the end.
About filling the blocks:
a- Either fill them at the same time as you solve the mcq’s
b- or solve the mcq’s given on one side of a page ( there are usually 10-12 mcq’s on one side) and then fill their blocks.
NEVER LEAVE BLOCK FILLING TILL THE END.

10)What About Taking MM Tests?

I think it’s a good idea. Do take the tests, but not all of them, just 2 or max. 3. Don’t wait till they announce the answers, that take hours.(Keep in mind that their checking is not at all accurate)
11)What Should You Do If You Are An A-Level Student?
Since i didn’t do A-Levels myself, so i asked my classfellows who had done A-Levels, and this is what they said:
a-Start studying for the entry test during your A2.(esp. on Saturdays and Sundays)
b-If you can find a good F.Sc. teacher, do tuition with him.Or you can ask an elder bro/sis/friend who has done F.Sc. to help you with the F.Sc. course.
c-Most of them recommended joining a coaching academy for the entry test.
d-The subject that greatly differs from your A-Level course is biology (esp. first year). Better focus on it more.
( special thanks to Hoorish Malik, Maleeha, Anum Arshad, Ahmad Zuhayr, Asfandyar Ibrar,Areeb Iqbal and Haider Ayub, for providing me with these guidelines).

Always remember that ultimately everything is in Allah’s hand, if He doesn’t will, you can never succeed, so seek His help and guidance, and never skip salaah just because you are too busy studying.
Hopefully the above guidelines will prove useful. My best wishes and prayers are with you.